These young races are arrogant, but can be trained. 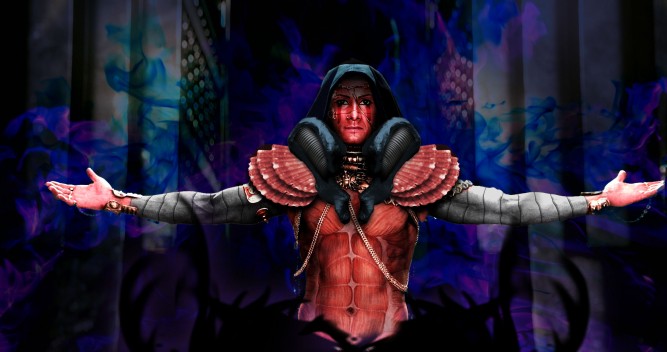 Diplomatic negotiations with the human they call “Wise Kensai” were unsuccessful. If only these primitives understood the benefits of our hegemony, perhaps they’d come to understand their place at our heel.

Our initial sabotage of their supply ship scattered supplies and valuable data modules for our collection. What should have been a simple task was made unnecessarily complex by the bemoaning of the Nomads who simply need remain obedient. The Anathematic, Noctixus, led the assault as commanded by the Mentor I sent with the delegation.

Most interestingly, there was one human who stood out, perhaps the irony of an ape descendent modifying themselves to be more ape-like. I believe they called him Bran. It was not wroth remembering the rest of their cognomen, as they were quickly dispatched in a feeble attempt to destroy Noctixus. While Noctixus's performance was impressive, they did not have the time needed to return to safety before retaliation from the rest of their forces. It was a meager loss considering the tactical advantage they provided, all are expendable in the wake of the Combined's greater ambition.

The Gakis and Noctifer performed dutifully, sewing discord among the ranks of the foe. While a stealth operative of the Nomads retrieved the asset closer to our own ranks, brother Nourkias nobly sacrificed their corporeal frame, both disabling a mine and ending the life of the foolish chattel who dared obstruct our advance.

Our Med-Tech Obsidon revived Bit who had suffered an unfortunate errant shot, before eliminating a Morlock. With a characterful lack of punctuality, our finally Rasyat arrived. While they procrastinated wrecking remotes and artfully dodging crazy koalas, they were able to secure the data we sought and retreated to relative safety near Bit and Kiss.

Our Noctifer, who had the simple task of expunging the last remnants of the opposing forces unfortunately failed. While they did cause a minor delay, they failed to destroy the most critical asset remaining in the opposing force, the Vostok. Moments before the debris forced us to evacuate, the Vostok was able to surge into the wreckage and slay the Rasyat.

We had no time to extract any valuable information from the data before the untimely death of the Rasyat, while the Nomad forces were able to steal a mere glimpse into the endless consciousness of the EI. I fear that this may give them an undue, and unearned advantage in our future efforts. 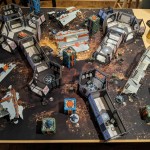 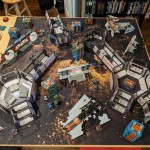