Agents of the Imperial Service learned interrogated a treasonous spy, and learned that forward elements of the 73rd division of the Ramah Taskforce would be proceeding to Camiliard to attempt to retrieve a beacon broadcasting classified information about PanOceanian command orders. This information would be better used in the hands of the State Empire, and Adil put together a rapid response force to intercept.

Arriving on side, they discovered that they had not been quite fast enough, for the spy had held out longer than anticipated now that enhanced interrogation techniques are under additional “scrutiny”. Although temporarily allied on the surface of Durgama, this intelligence was worth someone’s life, and hyperpower politics take precedence. The Imperial Service would succeed here, and smooth over relations with Haqqislam later. Adil stayed back to ensure that kuang shi and Aleph elements staying in coordination, while one of the emperor’s guards would spearhead the other movement.

As Xi finished placing a trap, the Ramah forces started moving, with Tarik Mansuri pushing his brethren up to activate a console, ducking a flash pulse from a remote. Once activated, the gunner disabled the remote, and moved across the bridge to activate another console, then used their genetically engineered abilities to jump down multiple stories to street level in order to watch the beacon.

On the other side, Leila Sharif pressed another console and disappeared from electronic tracking.

The State Empire does not suffer defeat. The Hsien immediately moved up to try to decapitate the Ramah forces, exchanging fire with Tarik and forcing him into total cover at the cost of a flesh wound, freeing the Zhanying near him to activate the console. The sophotect from ALEPH restored the bot to operation, and Adil motioned for the ALEPH forces to move up towards the beacon on street level while he himself stayed above to coordinate as he moved towards another console. The Hsien landed a hit on a Ghulam carrying a grenade launcher, but was foiled by its armor, and Xi placed a madtrap to catch the Khawarij below.

The Ramah forces needed to move forward to capture the beacon, which was now overwatched by the ALEPH remotes and the Deva. When the Khawarij started to move, their doctor found himself covered in glue, and the team’s gunner engaged with a Dakini sniper repeatedly. Again and again, fortune favored the Party and the State Empire, and the Khawarij received succor from the doctor after extricating himself from the glue. Seeing that they would find no success there, the core Ramah troops moved up, and a zhayedan ambushed the Hsien, felling it in one burst. Adil found himself facing Leila Sharif, who attempted to immobilize his armor with E/M mines as she did not want to attempt a fight with heavy infantry, but he avoided them all.

Outraged at the loss of the Hsien, Adil eliminated the khawarij gunner and ended the games with Leila Sharif. The zhanying which had watched the Hsien fall stayed prone, scanning the khawarij doctor with her hacking device to gather more information on the genetic modifications, and moved to activate another console, which would free the beacon for capture. The speed of the ALEPH contingent allowed a Dakini to burst forward and retrieve it, moving it partway towards the extraction zone.

Carmen and Batard had been waiting the entire time, and they moved forward to contest the console the zhanying had activated, evading gunfire from Adil on the way. To their dismay, the zhanying, in an admirable display of zen, placed an explosive charge on Carmen at close range. Tarik moved forward alone as a last-ditch effort to stop the State, and fell to sniper rounds from dakini. Furious at seeing Tarik laying in his own blood, the khawarij began a renewed assault, and the gunner dismantled the dakini paramedic, a deva, and the dakini sniper before Adil stopped him. Freed from the large number of barrels pointed his way, the zhayedan moved and gunned down the dakini carrying the beacon, dropping to the floor, and unleashed upon Adil at close range. Improbably, he found a weakness in the armor, and Adil fell in a single burst.

With the way clear, the khawarij attempted to grab the beacon, but a kuang shi, repeating the litanies of the State Empire, stopped him with a pistol. With the command structure upset and time running out, the celestial guard attached to the kuang shi saw an opportunity. After firing a protective cover of smoke to stop the Ramah forces from responding, she instructed the kuang shi which had felled the khawarij to capture the beacon for the state. At the last moments, an override allowed for a second command to be issued to the kuang shi despite the confused organization following Adil’s incapacitation, and the kuang shi carried the beacon to extraction, where the State Empire can see what secrets it yields. 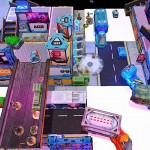 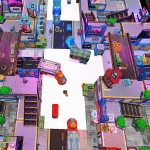 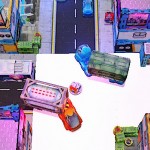 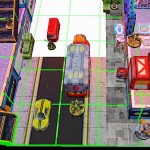 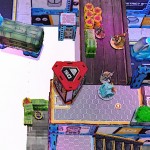 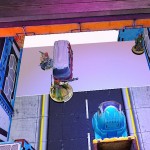 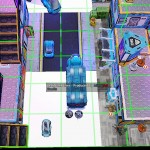 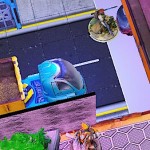 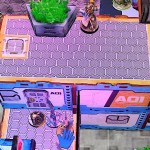 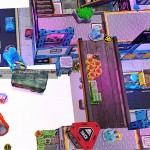