While performing training exercises in Alfutna, forward elements of the 73rd division of the Ramah Taskforce received priority orders to proceed to Camiliard to retrieve a beacon broadcasting classified information about PanOceanian command orders. Rapid response units of the division were selected, and Tarik Mansouri himself was assigned to join the raid as commander.

As the Ramah forces touched down, they found themselves facing off against a detachment from the State Empire, seeking to retrieve the same information. Although temporarily allied on the surface of Durgama, this beacon’s potential for long term strategic influence could not be discounted. A move in force was initiated. Tarik deployed his Ghulams and the veteran Zhayedan on his left flank along with the famed Leila Sharif, and took two of his Khawarij brethren on the right flank.

Seizing the initiative, the Khawarij advanced and activated the first of five consoles in the theatre of operations. Moving low to avoid an errant flash pulse from a Yu Jing remote across the battlefield, the Khawarij gunner in the team leveled his MK12 and dropped the remote after several bursts of fire. Only disabled, but not destroyed, the Khawarij advanced further to connect a second console, and jumped down to street level to set up for a play on the beacon itself On the other flank, Leila Sharif advanced and easily connected a third console. She laid a mine next to herself, dropped to her knees, and activated her Cybermask program to prepare to defend what she had taken.

The Yu Jing forces were quick to respond. A Hsien, one of the Emperor’s bodyguards, moved up a ladder and fired several bursts of marksman rifle fire at Tarik. Wounded, and dealing a wound in return, Tarik ducked down behind the cover of a nearby car. The ALEPH support attached to the Imperial Service force repaired the downed flash pulse bot after some advice from command, and a team of ALEPH humanoid remotes moved up the street to cover the beacon in the center of the theater as well. Adil, Crane Rank agent of the State Empire, was leading this team and invested substantial effort into connecting a console nearby. The Hsien fired a burst at the Ghulam carrying a smoke grenade launcher, landing a hit, which pinged off of the Ghulam’s armor.

Tarik took this opportunity to advance. Well, try to advance. The Khawarij gunner with the MK12 engaged in a duel with a Dakini toting a sniper rifle for a substantial portion of this phase of the engagement. Several times the Khawarij, despite using his visor to see the Dakini clearly and possessing better aim, was knocked down by the Dakini. Thankfully, Haqqislam’s doctor core had sent a highly trained Khawarij doctor to accompany him, and each time his wounds were patched up. The Zhayedan carrying a machine gun proved the value of experience and finished off the Hsien in one burst of accurate fire. Leila Sharif, for her part, expended all of her attention attempting to trick the Crane Agent into becoming trapped in his armor by an E/M mine. But Adil nimbly dodged each mine, and Leila settled in for the gunfight sure to come.

The Yu Jing forces, on their back foot, responded in earnest. Adil gunned down the Khawarij MK12 and moved forward to render Leila Sharif unconscious. The Zhanying hacker moved forward and scanned the Khawarij doctor for some hidden purpose known only to the State Empire’s command, and crawled forward to disconnect the very first Haqqislam console and claim it for Yu Jing. The remaining Dakini, sensing an opportunity with the beacon unwatched, moved forward and seized the beacon, dragging it back towards the Yu Jing staging area.

Carmen and Batard finally moved forward to attack the Zhanying hacker that had just stolen this objective, but the Zhanying casually planted a demolition charge on Carmen. Sensing their objective slipping away, Tarik took personal action. Moving forward without his doctor, he attempted to engage the Dakini team carrying the beacon. But his shots fell wide and he was struck by two close-range double action rounds from a sniper rifle. The Khawarij doctor healed his MK12 companion for the last time. This Khawarij, fueled by anger, finally knocked out the Dakini’s sniper rifle. Moving on, he downed the Dakini paramedic carrying the beacon, and a Deva with spitfire watching his fallen comrades. But he was knocked down by Adil’s spitfire in doing so. The Zhayedan’s machine gun moved forward and took vengeance upon Adil at suboptimal ranges, but his shots all landed and Adil crumpled. With scant resources left, the Khawarij doctor moved and dispatched the Dakini paramedic. He then whisked off the Dakini with sniper rifle for analysis by high command. A Kuang Shi shot a pistol at the Khawarij as he did so, but the round bounced off the Khawarij’s armor. With this one last obstacle in his way to grab the beacon and bring it home, the Khawarij doctor engaged the Kuang Shi outside of chain rifle range with his shotgun, but was knocked down by another accurate pistol shot by the Kuang Shi.

With the Haqqislam forces out of inertia, this heroic Kuang Shi picked up the beacon and what remained of the Yu Jing forces departed. Perhaps this Kuang Shi has done enough to earn his freedom, but it’s doubtful. The State Empire does not forget. 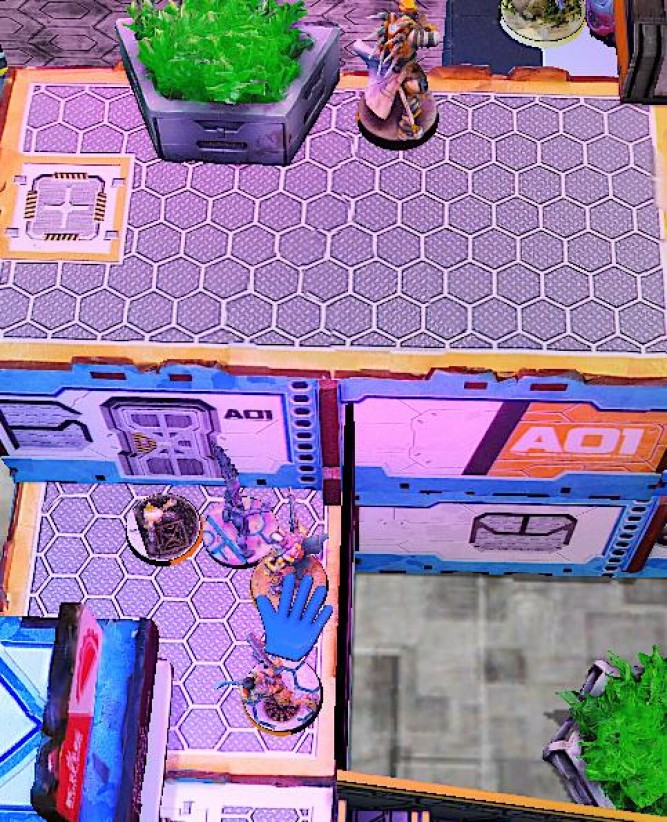 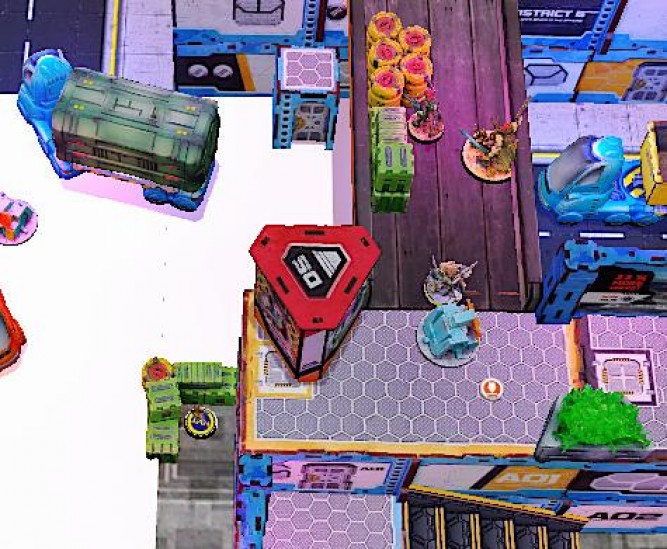 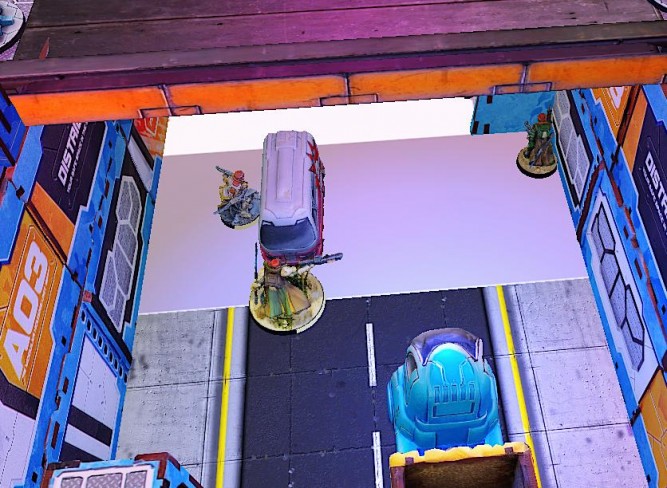 Khawarij On the Street 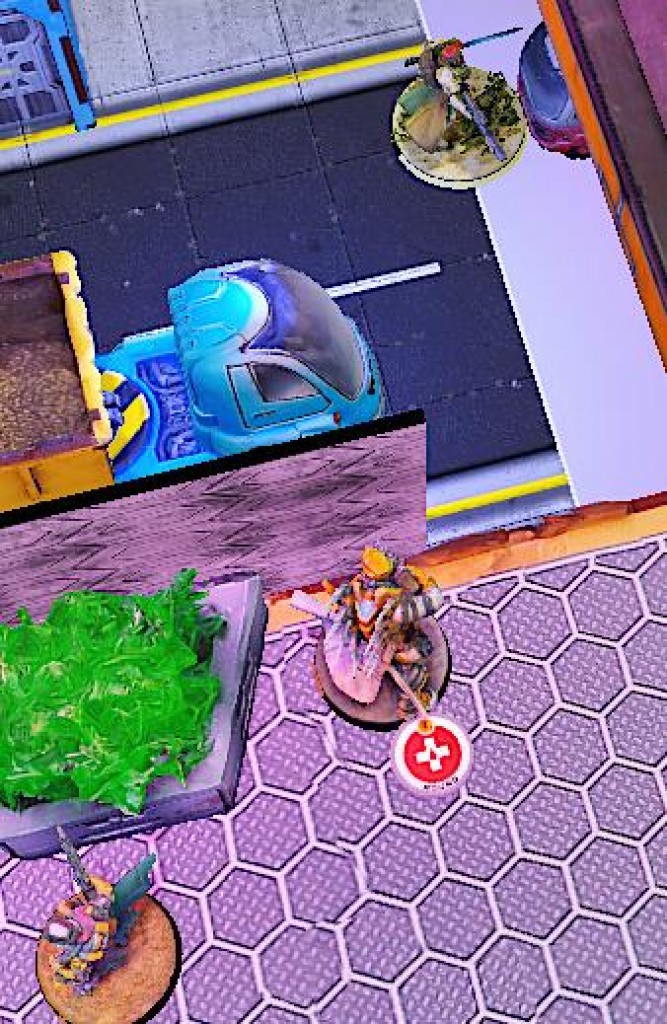 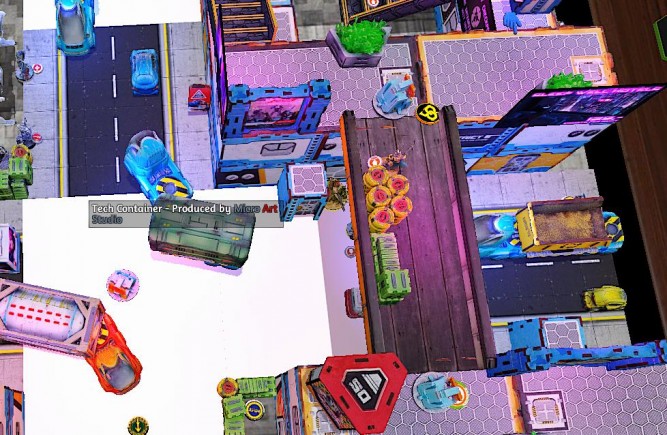 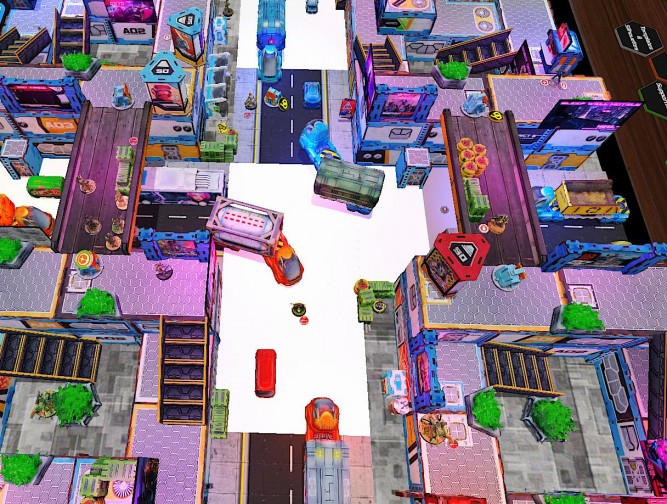 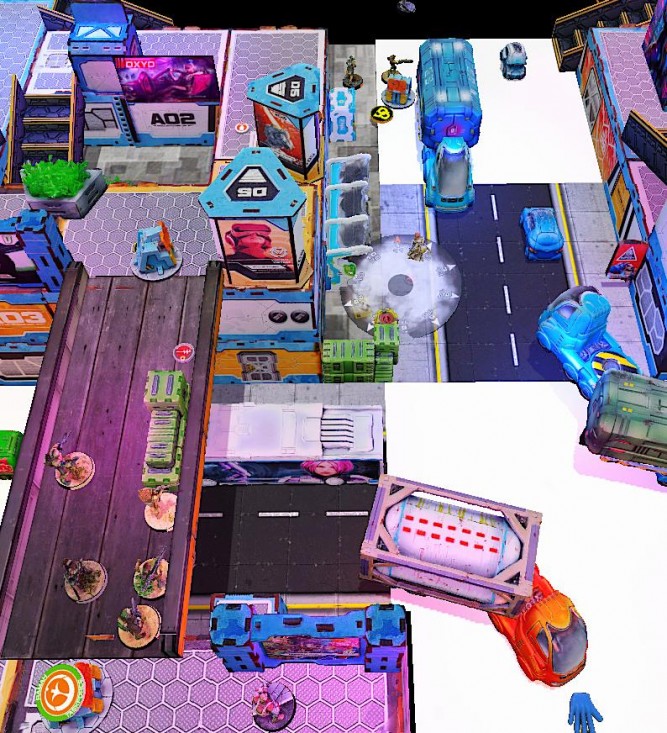