Our surveillance recording archive was raided by an elite force of Nomad Super Friends including Rogue Mermidon Perseus, Fiddler and Raoul Spector. At least, that's what we thought until *that* Raoul revealed himself to be Father Lucien Sforza, and glued our Hac Tao in place. The real Raoul Spector then tried to land right on our AC2 archival server, making us suspect the rest of the Nomad operation was a huge, overly complex diversion to reach it.

Fortunately our Hac Tao was able to degrade support elements of the Nomad force somewhat, and before being incapacitated our Beast Hunter managed to damage their AC2 device, which was being set up to copy and transmit data from ours.

The reason for this raid from allied forces is not completely understood, but we understand that there has been some interest in obtaining the raw intelligence feeds behind the Kyle Hawkins and Lisette Beckmann intercept, which were indeed on these archive servers. Whether this was for intelligence or purely voyeuristic purposes, we do not know. Regrettably, no further portions are suitable for public release at this time. 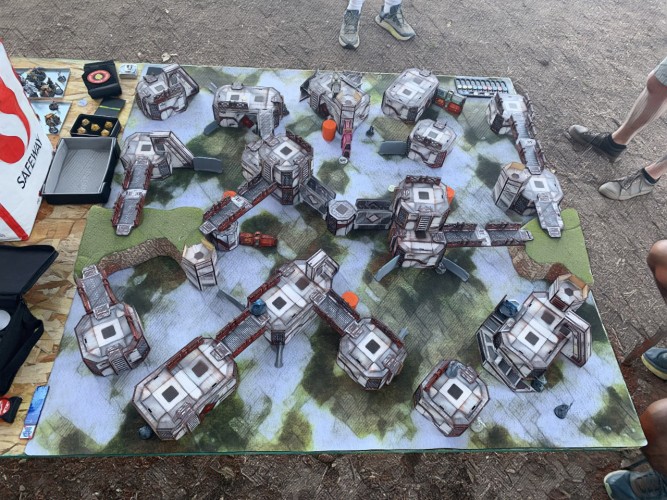 Nomads deployment. Flash pulse rems and a Warcor guard the AC2, and Perseus, Raoul and Fiddler deploy as a haris team on the right flank. 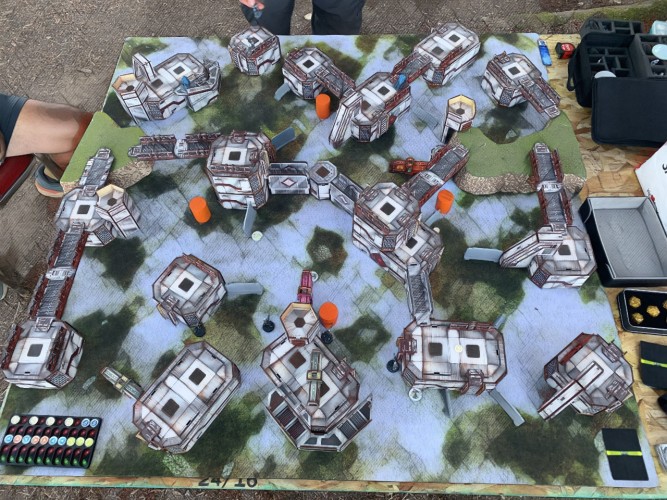 Yu Jing deployment. A Hac Tao and Beast Hunter hide on the right flank. The AC2 is protected in a castle surrounded by Kuang Shi, Liberto and Daoying. 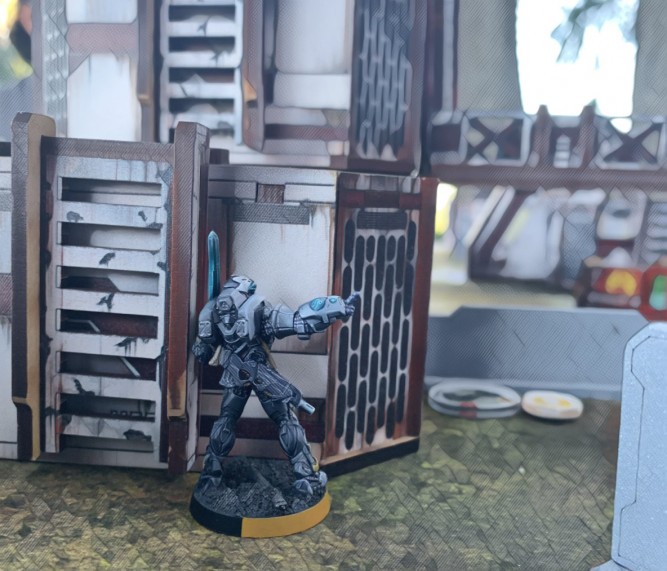 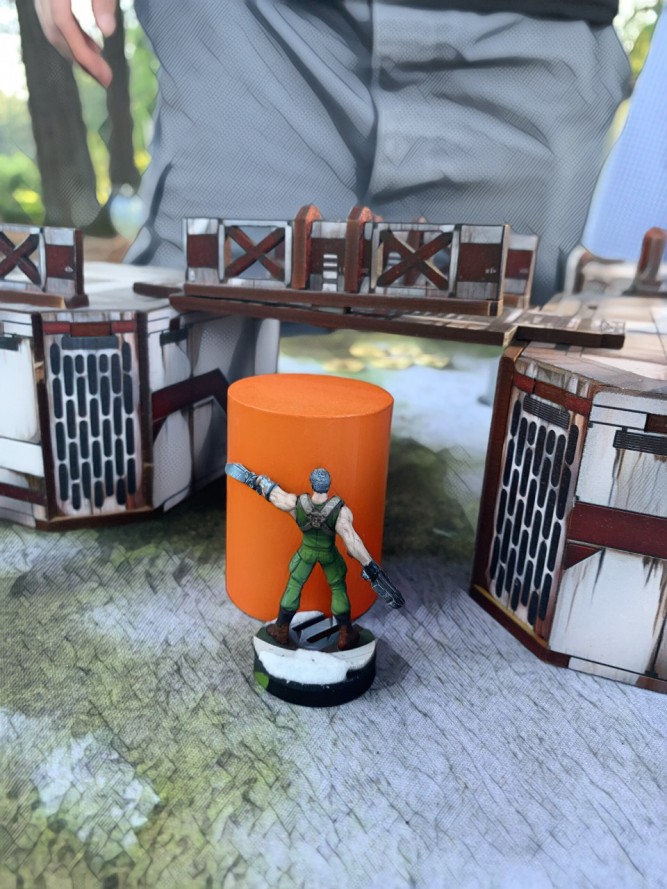 The Beast Hunter runs forward and puts a point of damage on the nomad AC2. Unfortunately the prone flash pulse rem stuns him. He repositions but is shot in the back by the Securitate Lieutanant. 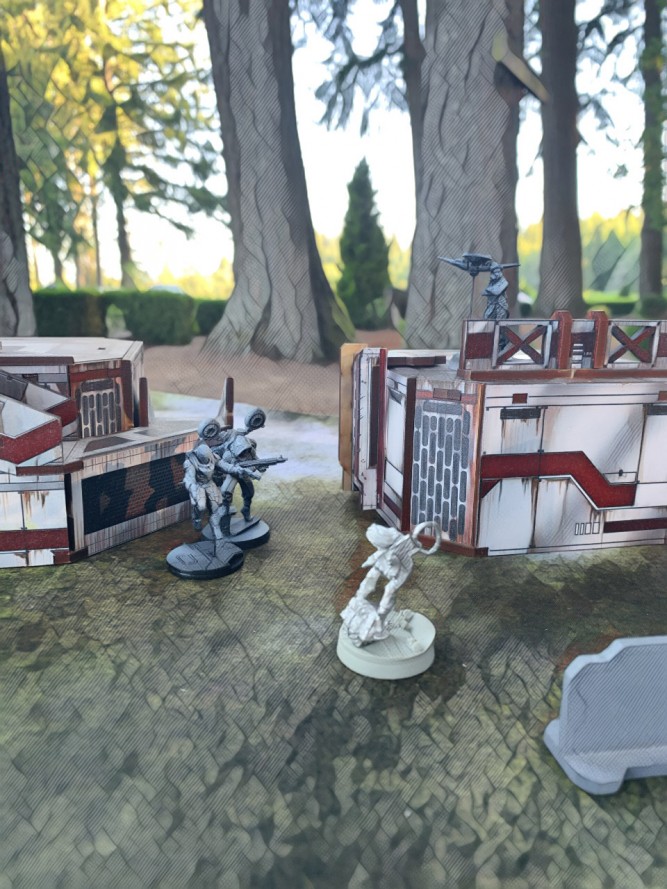 The fireteam of Raoul, Fiddler and Perseus moves out of their corner to engage the Hac Tao. 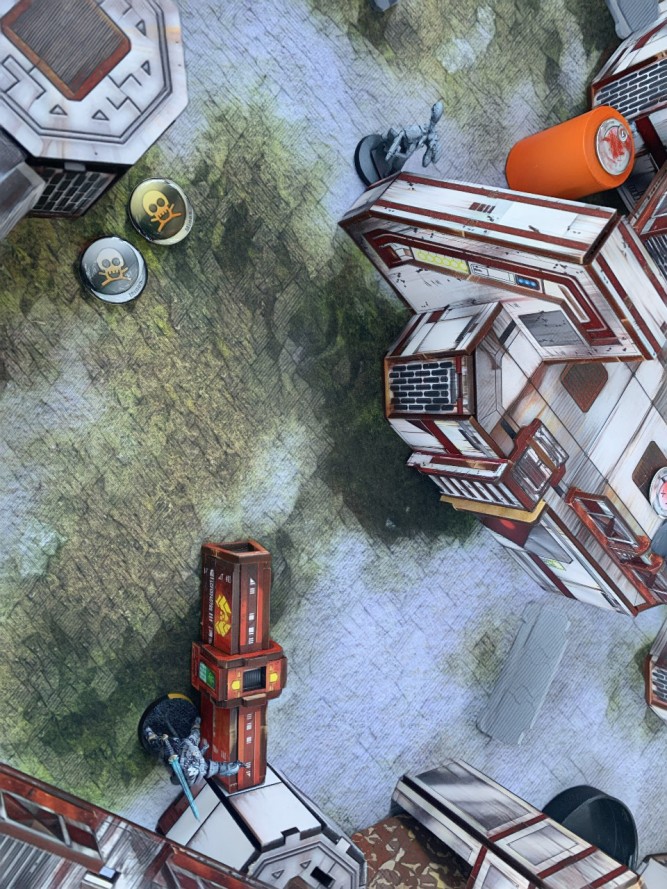 Fiddler throws drop bears out and Raoul prepares to shoot. 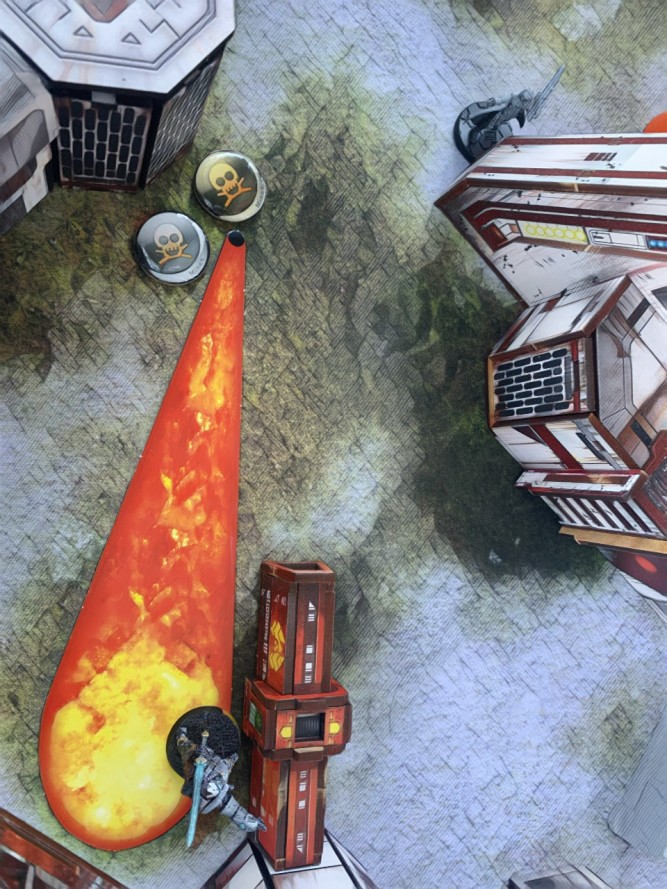 But surprise! It is not Raoul Spector, but Father Lucien Sforza... who glues the Hac Tao in place, while it takes a wound from a Drop Bear. 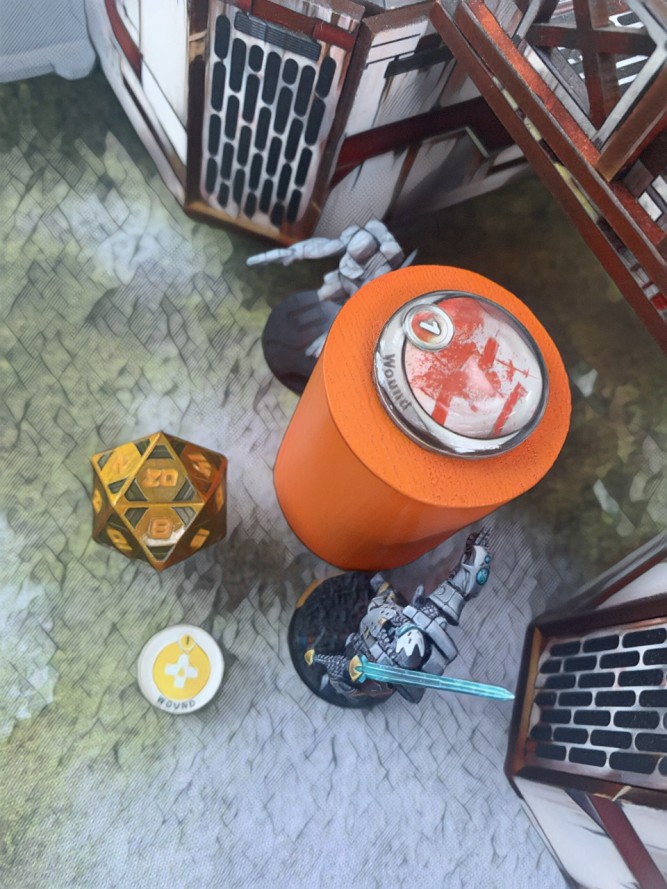 Our Shaolin advanced, impetuously throwing smoke onto the Hac Tao. This let it unglue itself, kill Sforza and fail to hurt Perseus. Worried Perseus would kill him, he charged in to try and finish off the AC2, but missed his swing and was killed by fiddler's contender. 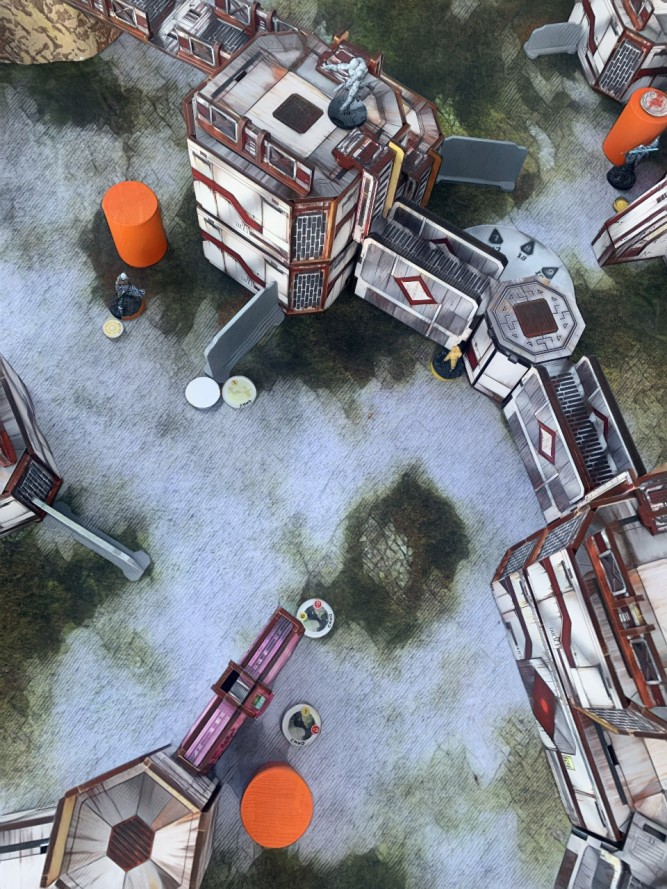 Raoul and fiddler advanced on the Yu Jing AC2, killing a couple of Kuang Shi. The Daoying repositions to block Perseus and Fiddler's attack run. An enterprising Kuang Shi pulls an hmg from a panoply, and sets himself up some suppressive fire. 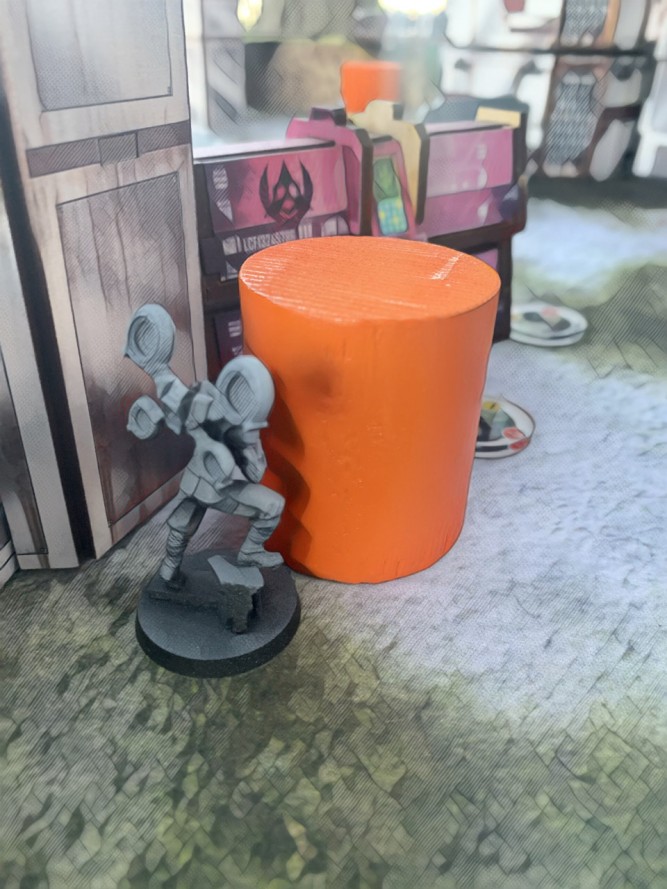 Leaving a perfect spot behind the AC2 for the real, non-sforza Raoul to land... which he botches, drifting off to the Nomad DZ. 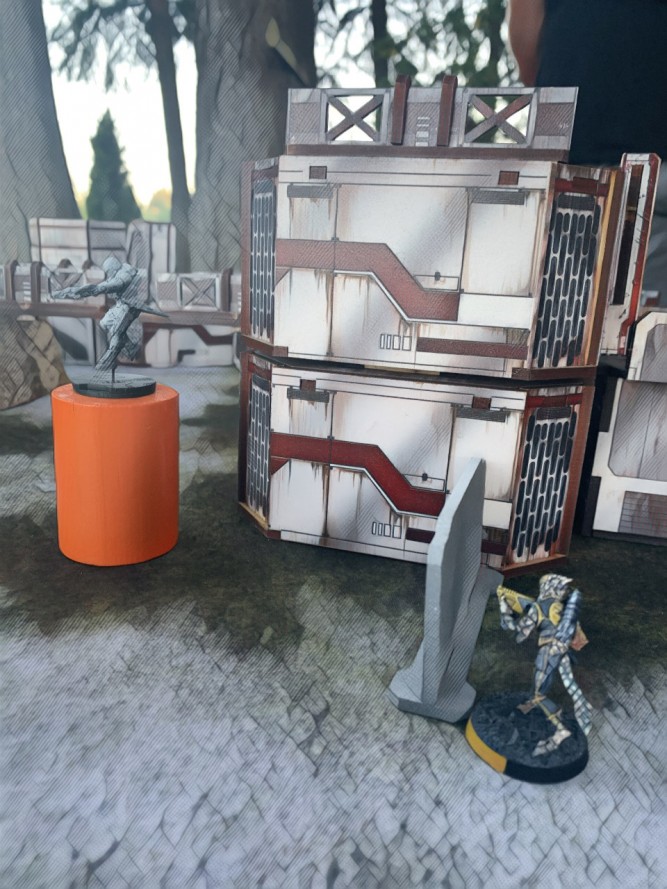 Perseus kills the shaolin and overwatching Kuang Shi then jumps down and evens the panoply score, taking a wound from our libertos. Nomads withdraw, frustrated by their inability to reach our AC2.