The Source of Evil

A heavy Hassassin task force moved into the Darpan Max-Sec Vault Area to root out the source of a suspicious Data Spike.

Equinox being part of the EI?

This is Karim ben Fessir speaking, I am the last active Member of Task Force Azila. We infiltrated the Darpan complex after a forward Govad Team identified a Data Spike connected to the Equinox conspiracy 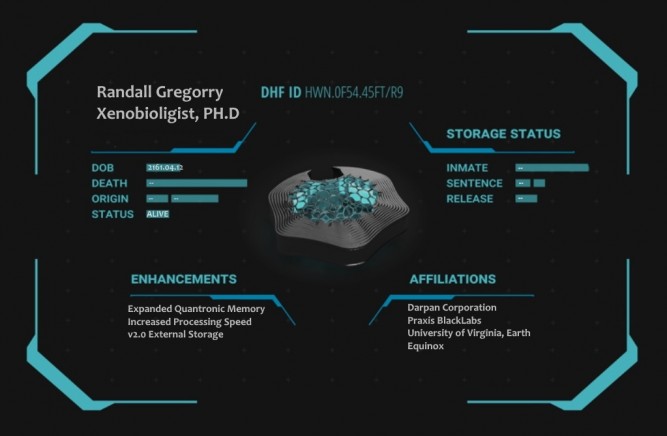 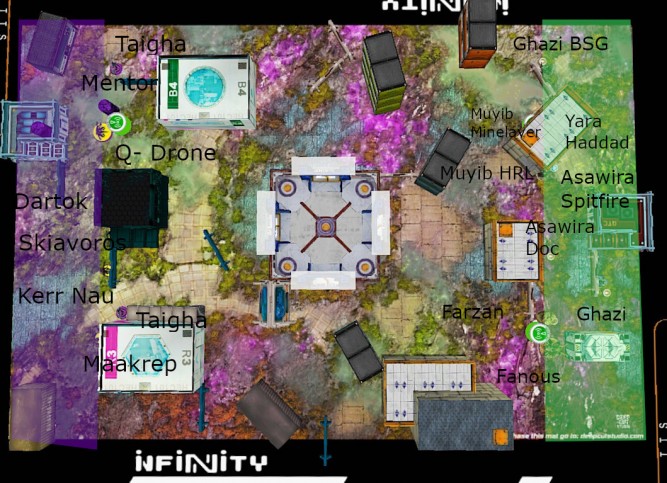 Our task force deployed on the south end of the Vault compound. We spotted EI Troops in the Distance, so the Equinox Link seemed even more plausible. [Note Cmd.: Equinox as an early EI way to infiltrate the Sphere?]. The Enemy did not hesitate and sent his beasts against us. It became clear, that they had strong hacking elements among them, as they marked our Fireteam for Missile Attacks early on. First blood was drawn on Cmd Liram, but she was able to compensate. 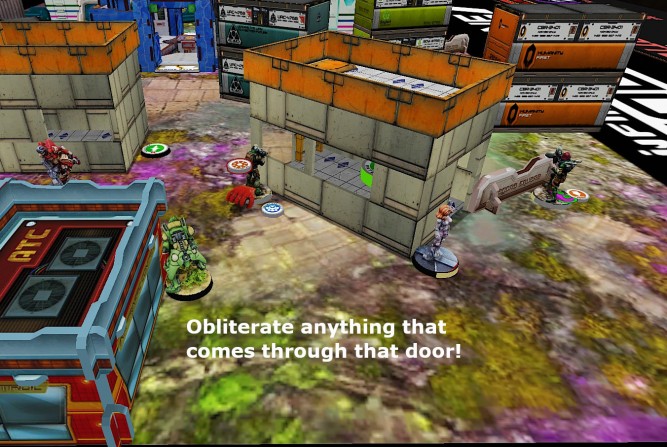 At this moment our Combat Squad sprung into action. I cannot tell whether they panicked because of the wild symbionts attaching to some of the members of our task force, or the fact that we had encountered the Combined Army in an Aleph Compound. However they walked right into the trap. Cmd. Liram’s Comms got jammed, and while the others stood there not daring to move my Colleague Mira had to clear out the enemy Repeater, to avoid further obstacles. A blink of an eye later, the other Asawira, Doctor Bibra, charged the vault in order to clear it from a Shasvastii Hacker. She succeded, but bled out after taking a D-Charge to the chest. The remaining Team however managed to secure the Vault, taking one of these small Beasts, it is called a Taiga, I think and the enemy Backline. However they were both affected by Symbionts in the process. Only Mrs. Haddad remained untarnished. It was at this moment we felt the first wave of the Nanoplague creep up on us. Luckily I had reprogrammed my jammer to block their signal, so I went unharmed. Nevetheless we were abled to secure a data flow early on. 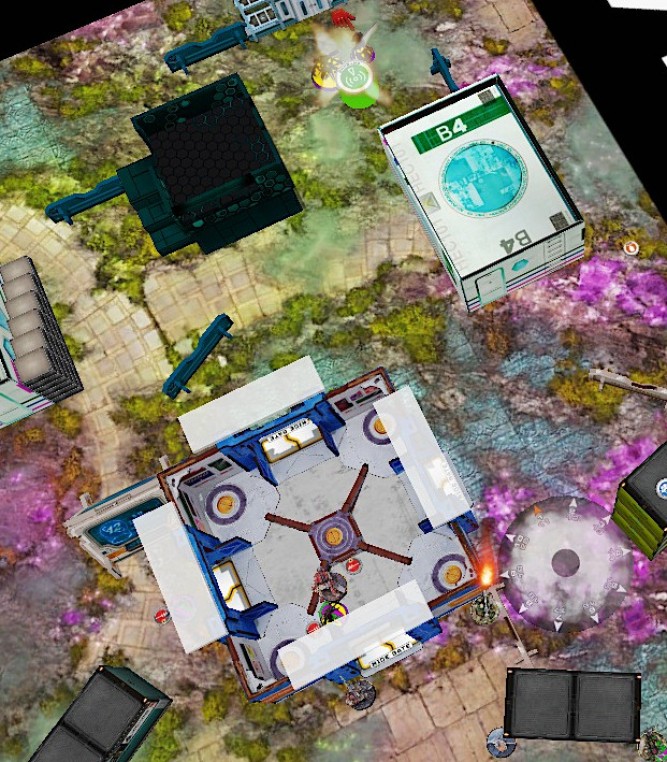 This one took a lot of their offensive potential

The Forces of the EI were unrelenting and cost us more and more of Allahs Men and Women. The Combat Squad tried to hold Position in the Vault, but in the end they fell to the enemy attacks. One of them was said to have even succumbed to the false promises of the Machine.

It was in fact my colleague Mira again, who ended the Threat of the EI Aspect herself. Only to be heavily wounded by our own weaponry at the hands of our succumbed brother. Our second in command took action directly after and secured the vault again. I purposely stayed in the back, should any other EI Forces arrive. Thankfully my jammer still repelled the Nanobots, while they consumed the damaged drone close by.

Both our forces were at our limit at this point. The last remaining active Trooper and our traitor brother eliminated everyone close to the Vault. In the end I heard the triumphant roar of a Morat and I knew, I had to take action. 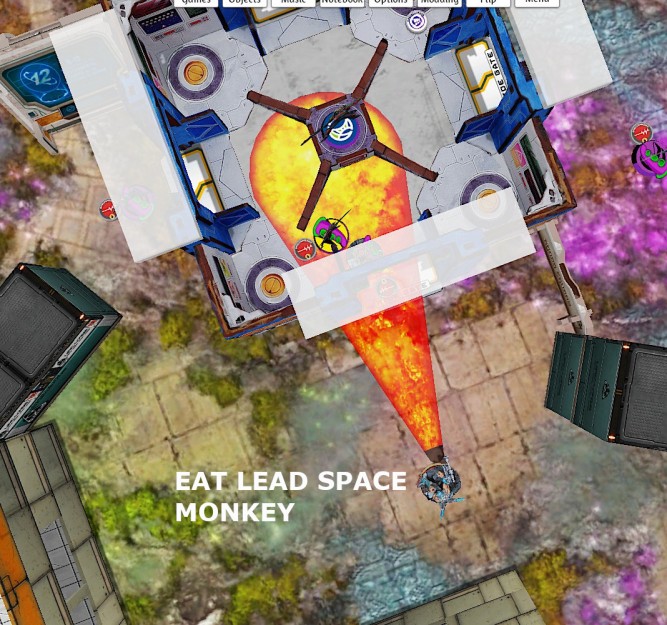 An example of possibilites with only an Impetous and an Irregular Order!

So I left the protection of my Nanobot-repelling force field and ran towards the Vault. I knew I would not reach it, but my Chain Rifle did. Fortunately the Morats Resilience proved lower than he had expected and he fell unconscious before being abled to erase evidence of the connection between Equinox and the Combined Army. Aleph Involvement in this issue is to be evaluated and acted upon

All but one Ghazi were taken out during this brutal firefight

The Imetrons still sent data to the EI even when no other trooper was left.