Where did our VIP go?

After the HVT Lady Wu Zetian managed to slip her escorting guards, the Yu Jing escort ends up in a skirmish against an O-12 team in a similar situation.

The O-12 commander gets first turn and apart from trying to open a panoply, uses the hidden deployment Lynx to shoot plasma at the assembled Haris, wounding the Zuyong and eliminating Tai Sheng, resulting in the Yu Jing commander not having a lot of heavy hitters apart from the Hulang. The O-12 commander also manages to isolate the Hulang via. a hack and the Yu Jing commander has an uphill battle trying to make something out of the situation until the end, resulting in an O-12 victory. 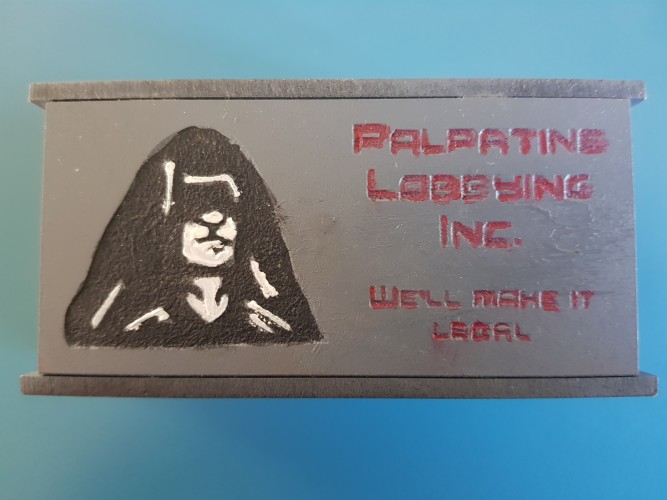 Invincible Army is proud to be sponsored by Palpatine Lobbying Inc. "We'll make it legal!" 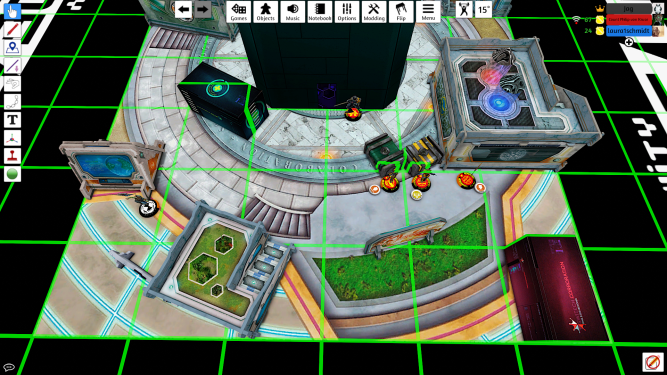 Yu Jing deploys as shown above. 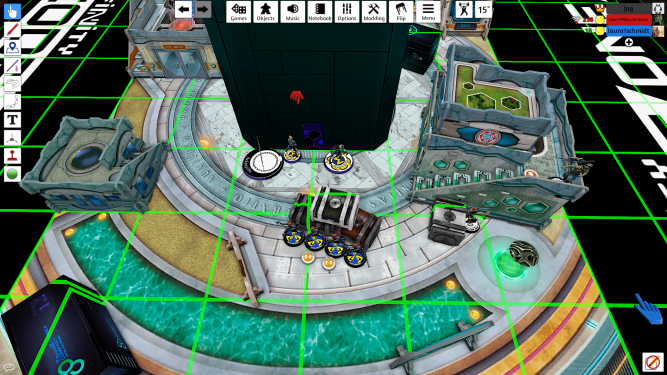 O-12 deploys as shown above, except for a hidden deployment Lynx on the left flank. 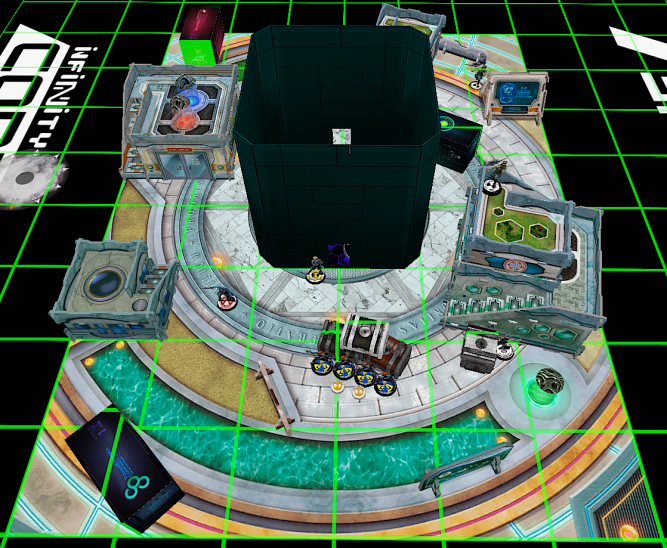 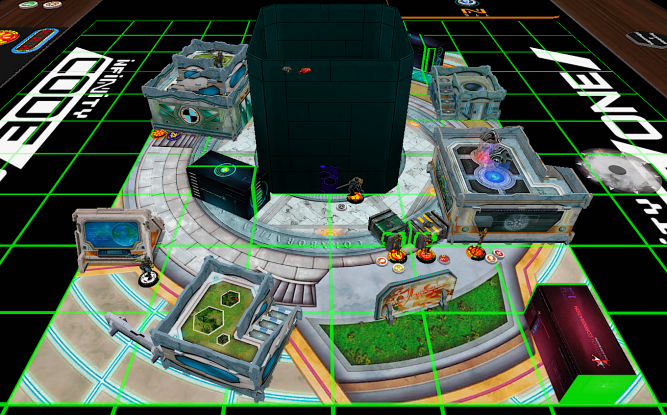 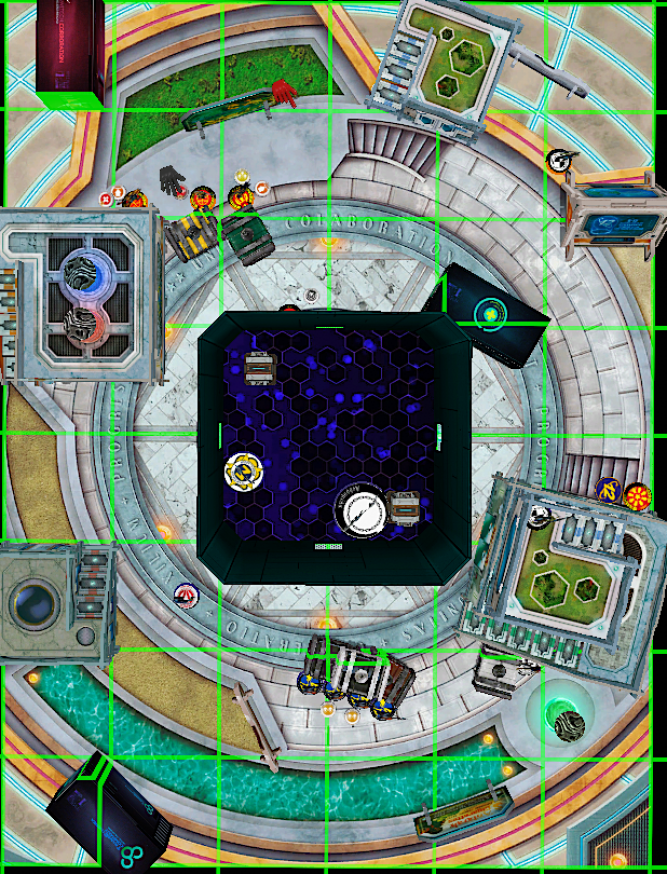 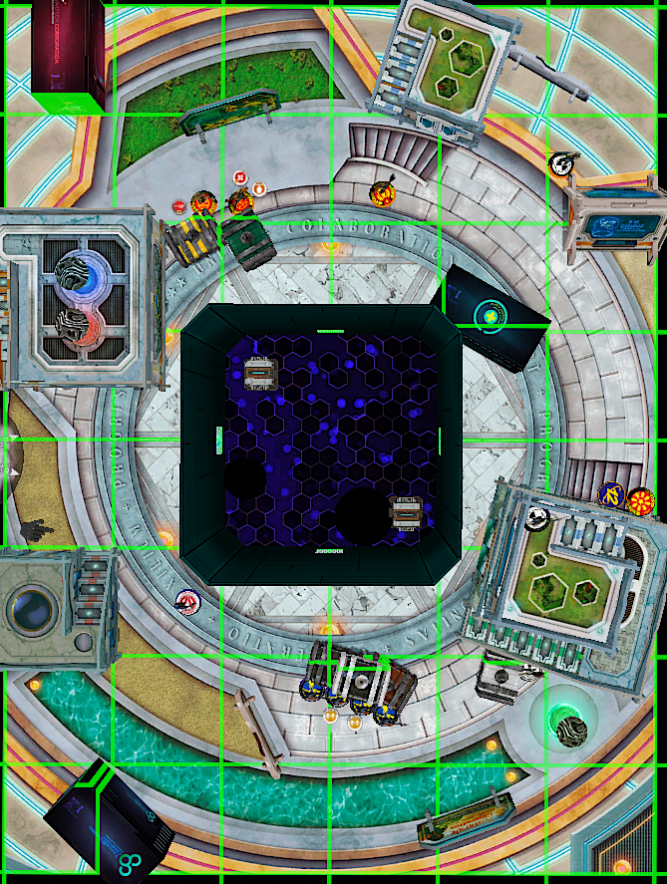 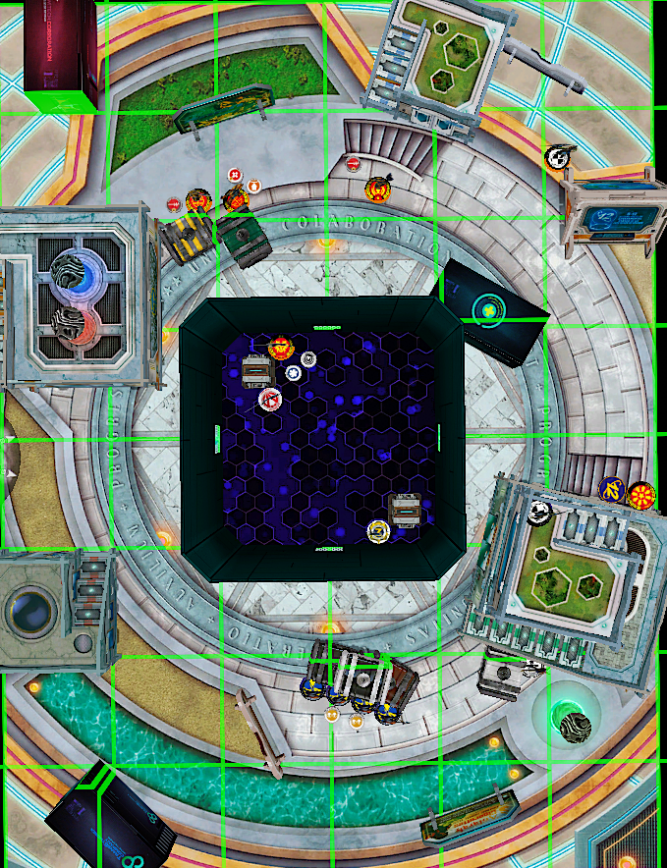 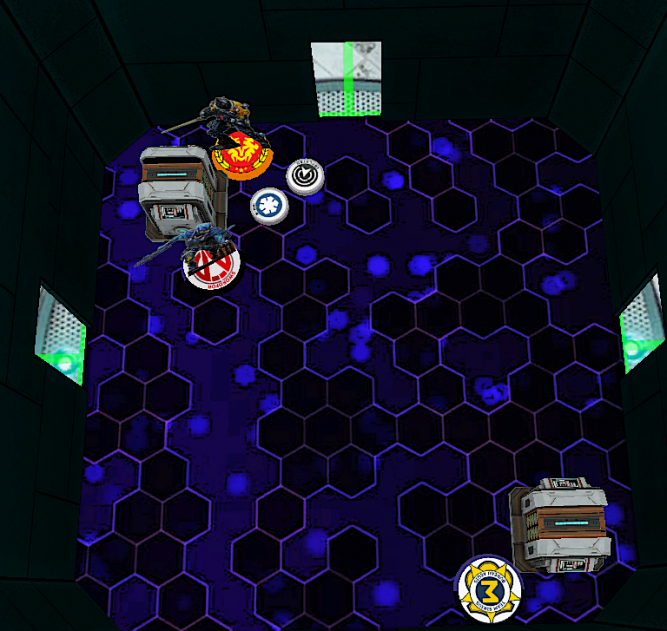 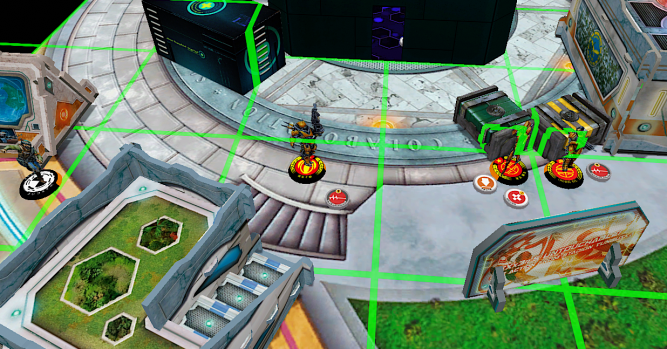 With that, the O-12 commander moves the Lynx into the Armoury, to prevent YJ from dominating the Armoury points-wise. 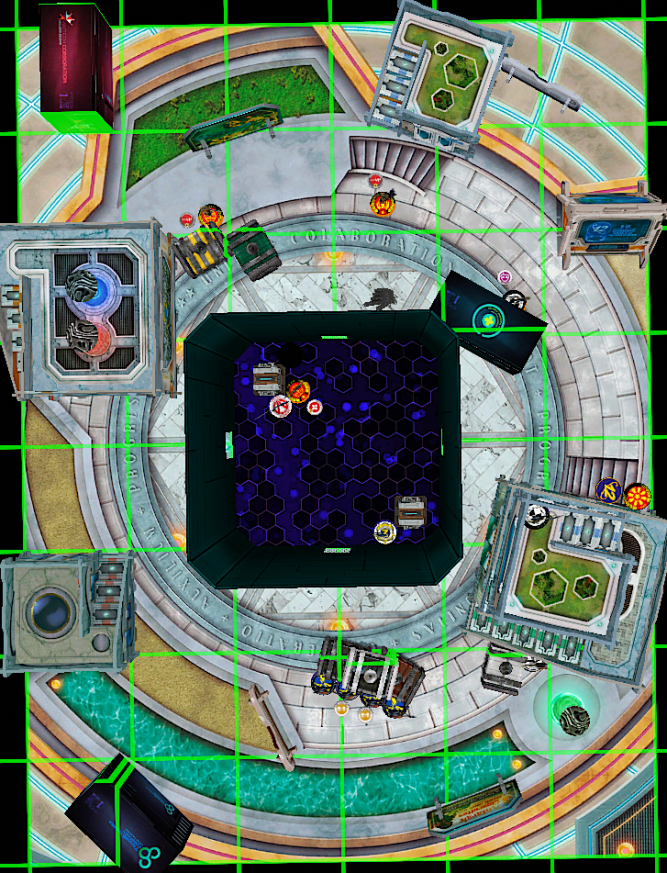 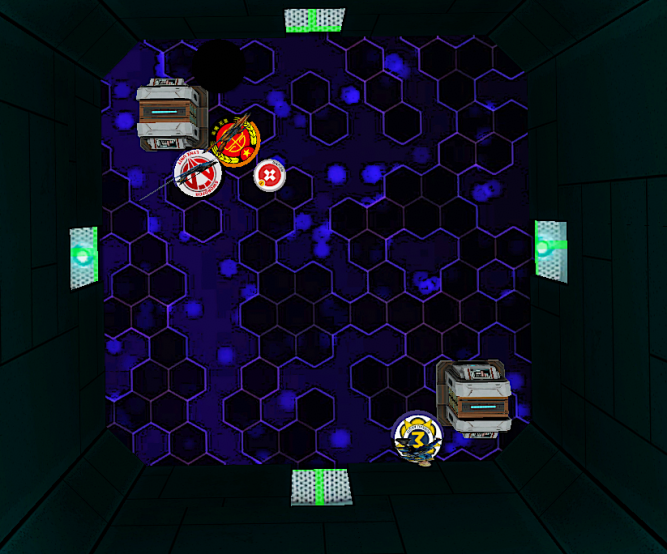 Being in loss of LT, the Yu Jing commander tries to get the Hulang to reset but fails, and get's shot by the lynx and hacked by Sirious (not the bot) The Hulang gets Spotlighted by Sirious. The lynx hits him with the plasma carbine, one hit and the Hulang goes into NWI.
The YJ commander uses his warcor to move closer to the HVT's, and it get's flash-pulsed by the O-12 warcor.
Following this, the YJ commander moves his Zuyong into the amoury and into melee with the Lynx. The lynx and Sirious (main) shoots back. Both Sirious (with AP) and the lynx (plasma template) hit.
The template hits both the Zuyong and Hulang. The Hulang dies, but the Zuyong lives and tanks it like a champ.
Laura gains 2 points at the end of turn for dominating the Armoury. 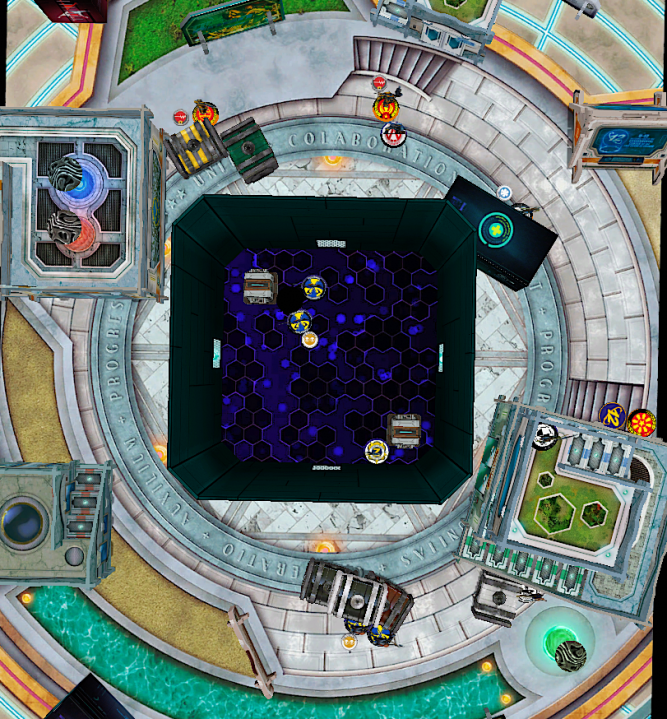 The O-12 commander spends a command token to convert an irregular order into a normal one.
The O-12 commander then uses more orders to move one of the two varangian teams into melee with the Zuyong, where they beserk and attack. The Zuyong valiantly defends and hits the leader of the Varangian team, but the Varangians hit better, with three hits, one of which is a crit. The Zuyong fails its armour save and sadly dies. However, since this was in a beserk state, the hit from the Zuyong was unopposed. Sadly, the Varangian passes their armour save and lives. The Lynx then gets moved to the panoply and finds an adhesive launcher (which the O-12 commander in question obsesses over to an unhealthy degree) The final orders are spent moving the lynx over to shoot the YJ WarCor with the adhesive launcher (which suceeds) and afterwards moving the lynx over to do in-extremis recovery on the unconscious Shang Ji, fulfilling a secondary objective, for which the O-12 commander got a point for. 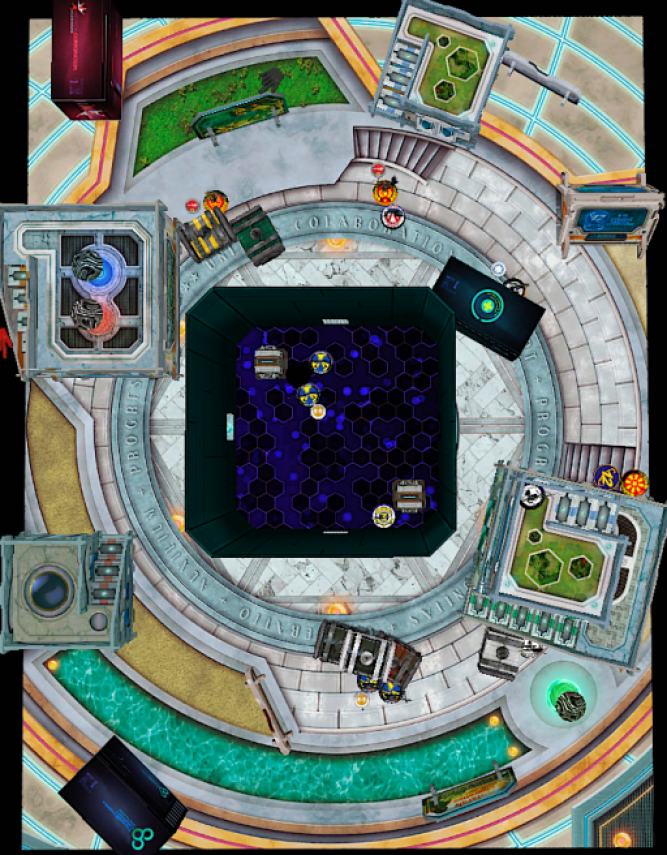 The Yu Jing commander has no remaining units and can do nothing. The game ends and the O-12 commander gets 5 points for having had the most panoply items retrieved and for dominating the Armoury once again, getting a total of 8 points against the YJ commander's 0 points and wins the game.

This video seems fitting thanks to the Lynx.