The steely defense of Gekidan

“And amidst the rising sun, let it be known that the nipponese defended their honor, their place and their code…
This is the story of the brilliant defense by Kaoru and her forces.” – Commander Ashtaroth, Durgama Archive-0001

With the sudden encroachment of Aleph in Gekidan this small expedition force almost established a cell undetected. The suspicion arose when famous Aristeia! star Miyamoto Mushashi felt something weird about Takeshi. He decided to examine this figure thoroughly, and did so for many days, until something tipped him off and contacted Lieutenant Kaoru. As expected, Kaoru was already unto Takeshi as well and she decided to deploy a defensive force around one of the Itokawa’s entrance points. She told Miyamoto that a battle against possible Shasvastii was not going to be won in the heat of combat, but in the swiftness and subtlety of preparation. She finally told Miyamoto to stay on guard as she would tell him when to strike.

Kaoru’s preparedness was quickly compensated – because Aleph messed with the network of the site, any comms was not as protected -, she intercepted a data packet with Shasvastii operation details and set a trap on them.
Having the initiative meant that Miyamoto could make the first move on Takeshi, at first the A! star spoke quite casually to him, paying close attention to his nipponese language and accent, but then Miyamoto started to get into more specific and sensible military code language that left this “Takeshi” with awkward responses. There was a brief moment of silence and tension… then, in a burst of anger, a Speculo figure emerged from what once was Takeshi and Miyamoto stroke it down. This would probably alert the Shasvastii in the area, but it was no matter, the time to strike was now.

Kaoru had instructed the Tokusetsu Kohei to bring an EVO Pangguling unit to keep a RuiShi battle drone on maximum fighting capability, the drone went for a flank near an Antenna and detected a operation utility REM Drone type Q. With the velocity of its high processing subrotines and the added targetting software it fired a quick and precise salvo of Spitfire that left the Q-Drone incapacitated. It held an important position so it entered into suppression mode to dissuade enemy advancement. All was going according to Kaoru’s plan.

Ambushed – the irony of it – the Shasvastii moved into attacking positions, the confrontation was happening a bit sooner than what they antecipated, but there was no time for any hesitation, nor to back down. A Shrouded operative got Yojimbo in his scans and tried to Spotlight him, but unfortunately for the Shasvastii operative, Aleph’s meddling with the system networks made it so that further adjustments were required, which made the attempts fruitless. Meanwhile a Med-tech Obsidon instructed one of its Slave Drones to repair the Q-Drone, but a Ryuken-9 Unit was quick on his response, saw the Slave running and shot a Rocket Launcher at it. The shot connected and the blast made further damage to the Q-Drone which was now beyond repair. The Shasvastii ended their turn moving a bit around the battlefield to setup better attack vectors.

Kaoru’s forces filled their comm links with shouts for bravery and praises to the success of the first encounters. Kaoru’s chilling voice silenced any celebration and kept their troops focused. A Ninja undetected by Shasvastii Sensors ran a Trinity program, everything made easier because of the lack of firewalls and regular system checks, and with the surprise of this attack through RuiShi repeater was enough to take out the Shrouded Hacker. The Shas started to lose ground and lose the control of the ZO. Overconfident, Yojimbo ran deep into the Shasvastii deployment and discovered a Caliban Agent. Surprised by it, Yojimbo made a rushed attempt at downing the Caliban with a Nanopulser burst, but the Shasvastii evaded the attack and with a precise shot took out Yojimbo. Kaoru regretted her loss and told her troops to comply with the plan and orders given. She now had to focus on her infiltration run, so she asked Naota, a Kempeitai, to take Command for her. She had trust in him, they had reviewed the plan over and over again. Naota moved his team and spotted a Shasvastii Operative in disguise, Naota ran the usual scans and found out that it was a Mentor. The Shasvastii fired at Naota’s team, but Shizuka – an arrogant but distinguished sharpshooter aimed her Shock Marksman Rifle and earned her reputation…again.

Two Shrouded operatives saw an opportunity to Target Paint both Shizuka and the combat drone RuiShi, but their attempts were messy and rushed making the calm and collected JSA troops claim two more kills. A T-Drone was put into action to down the RuiShi suppression fire which it managed to do, however without managing to damage JSA’s battle drone. Unable to put a dent on JSA front the Shasvastii positioned themselves for a last ditch push.

Naota’s team moved to one of the Antennas and got hold of it. Kaoru had managed to infiltrate successfully and with a surprise attack downed the Q-Drone. She got hold of the console and was not about to give it up.

Led by the second in command Caliban, the Shasvastii forces started to abandon the ZO, however, through another Speculo Killer agent they made a plan to at least recover the console data. She attacked Kaoru, who deftly avoided her attacks, but this gave the Speculo room to close in on Kaoru, both clashed their Monofilament sword and after a few wild swings the duel was at a draw. The Speculo then bursted into laughter, dropped a smoke grenade at their feet and disappeared into the thick of the smoke. Kaoru looked at the console screen and noticed that the data had been downloaded.

Kaoru sheathed her sword vexed by how she let the Shasvastii trick her that easily. But she had no time to be angry at herself, her troops came to her smiling and relieved that the battle was easily won by how Kaoru had planned everything. Now it was up to the next battle, Kaoru had a lot to do again: scouting, preparing, recruiting, etc.. but in the intimate space of her mind she swore to herself to meet that Speculo again and best her in combat. 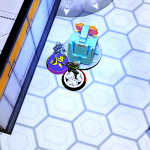 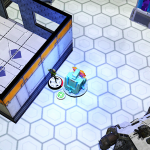 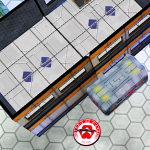 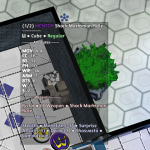 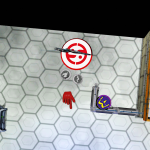 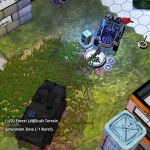 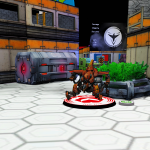 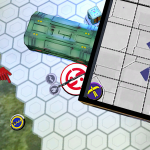 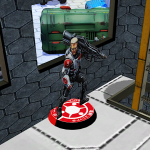 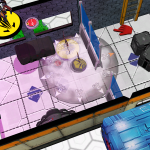 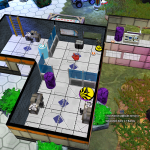 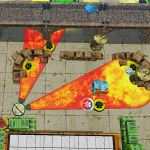